An old friend of mine and I have decided to go to England next year! I haven't done much travel out of the country so I'm thrilled beyond words to finally be going someplace exciting. (I was supposed to go to Guatemala last year but revisions on Forbidden Sea shot those plans out of the water.) It looks like we'll be staying at an English bed and breakfast. Sounds dreamy doesn't it. I'll have to bring along my laptop and take research notes for a future book set in England. Anybody out there in cyberland visited England before? What are the sights I need to see? Any special foods I shouldn't miss trying out while there? Hopefully I'll be at my goal weight by then and I'll actually get to eat real desserts once in a while. (For those who are interested in the diet update: I've lost seventeen and a half pounds so far.) I'll have to buy a stylish new wardrobe so the English don't chase me back to the states for being the truly unfashionable dresser that I am. My traveling friend lives in New York so I'll probably stop over there a few days and we'll fly out together to England. Maybe I can catch a Broadway musical. If only I didn't have to wait a whole year. *sigh*

Some random bits of news:

Sammy Keyes and the Wedding Crasher—the next book in the Sammy Keyes series—is coming out sometime next year! Can I tell you how excited I am? REALLY excited! It has been far too long since the last book. Sammy is supposed to be a bridesmaid at Officer Borsch’s wedding. With Sammy as a bridesmaid, anything could happen. Will Sammy finally find out who her father is? (I’m almost positive I know who he is already, but I want to find out if I’m right.) Will Sammy and Casey kiss for the first time? What new devious plot will Heather come up with next? Will Grams and Hudson get back together? Can I really wait until next year to find out? Good question.

I’m still waiting for the next book in the Sun and Moon series to be announced. Write faster Holly Lisle!

A live action movie starring Barbie is coming to the big screen sometime in the near future. Be afraid. Be very afraid.

I meteor blew up in the atmosphere over my home state a few nights ago and I missed it. (How rude!) The explosion was so bright, eyewitnesses said the sky momentarily became as light as day. The sonic boom was so big in some places the sound made houses shake and knocked items off of shelves. People in California, Utah and Idaho all reported seeing the blinding flash of light in the sky. My dog woke me up just after midnight and wouldn’t go back to sleep. I wonder if the meteor is what upset her. Click on the link below to see video footage of the phenomenon.

My Next Big Project 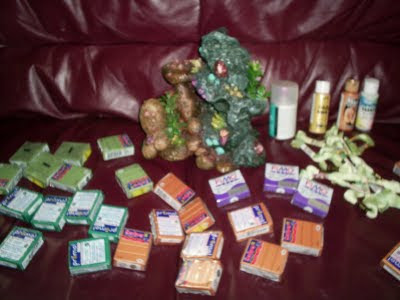 Now that I'm done with the ghost marionette, I'm starting my next big art project for this year. I will be making a sculpture of the mermaid character in my book. I thought it would make a good conversation piece at any signings I attend. As you can see from the picture, I've got all the supplies I need to begin, now I just have to find some time to actually start working on it. I'll take pictures of the sculpture as it progresses over time, so stay tuned for future developments on this project.

Projects Past and Present 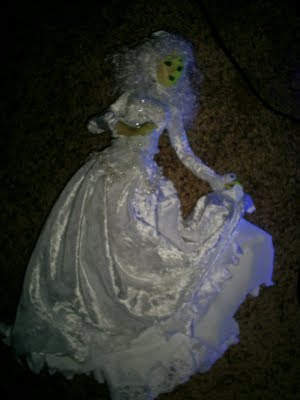 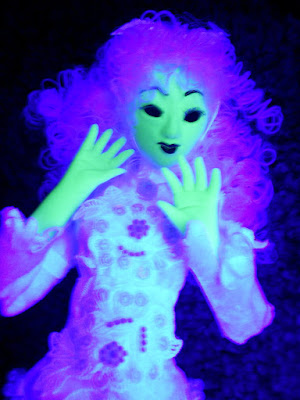 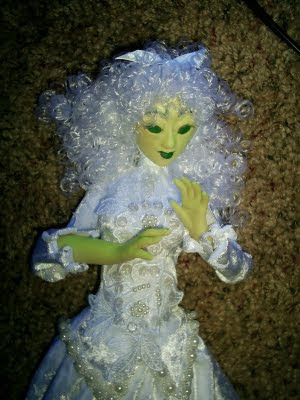 I finished my ghost marionette for Halloween this year. It's taken me quite a while but she is all done. I couldn't posted pictures of the finished project before Halloween because she was on display at the library. The kids loved her. We have a joke at our library that the display with the most fingerprints wins as the most popular. I had to wipe down the glass of the display cabinet at least two or three times a day, so I think the little ghost won. I made her out of glow in the dark clay so when she is under a black light she glows (as seen in the picture).
She turned out even better than I expected. I can't wait to try her out in a puppet show for Halloween next year!

There are some pretty bizarre things that go on in nature. They may be perfectly normal behavior for animals but they can sure look strange to us humans. This clip of a swarm of birds is enough to make your jaw drop. Had to share.

For the Curious (and Those Who Haven't Seen Me in Years)

I've had a lot of old friends who haven't seen me in a long time, asking me to post a photo of myself on this blog. (Yes, facebook friends, you know who you are) I guess my self portait just wasn't enough. (It really does look like me, I promise.) I don't take many photos of myself so I had to go and take one special for the occasion. For those who see me all the time, you can skip this post and move on to more exciting articles, like the one about dancing babies. For those who haven't seen me since high school, don't freak when you see how short my hair is now. I cut it for the first time a few years back. It took a little getting use to, but I don't think I will ever go back now. 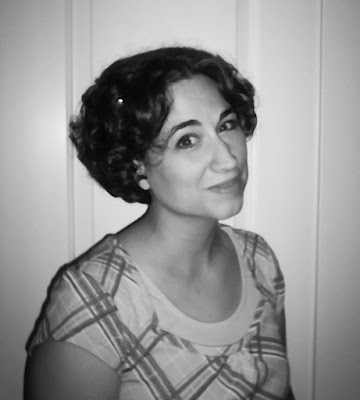 If I look like I'm about to burst out laughing, it's because I was. I really hate taking photos of myself.
Posted by Sheila A. Nielson at 11:37 AM 5 comments: